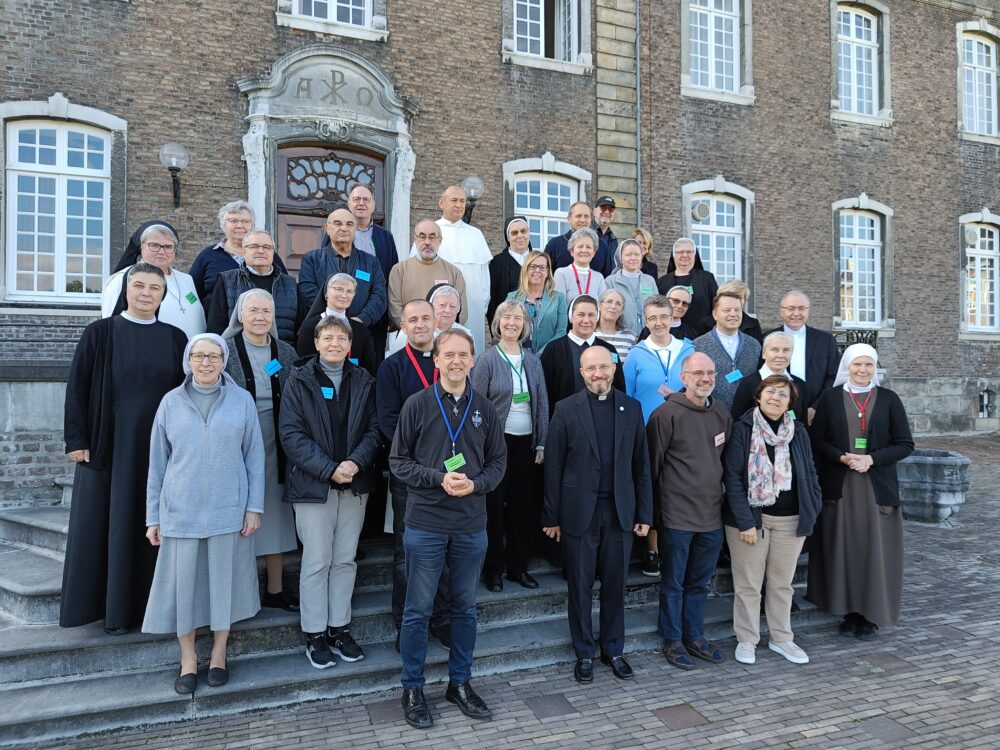 Introduction
This General Assembly was actually the second part of it – the first part we held via zoom in March 2022. Also, there were no elections now, as we held them in April this year.
The theme “The Future of Religious Life in Europe” was connected to the theme of part 1 “Synodality”. We tried to put this synodality into practice by having many discussions, mainly in “language-table groups”.
Out of a total of 38 Conferences, only 20 were present (11 from Eastern and nine from Western Europe) for various reasons. And there was the Executive Committee (Comex): President, Fr Jānis Meļņikovs, Latvia; Vice-president, Sr Olena Bys, Ukraine; Sr Mary Hanrahan, Ireland, and Fr Mark-Robin Hoogland, the Netherlands, Councillors.
The general secretariat consisted of Sr Marjolein Bruinen and Mrs Nicole Jacqué.
As very distinguished guests, we were allowed to welcome Dott. Daniele Leggio and Sr Carmen Ros Nortes of the DICLSAL and Dott. Ingenlath from Renovabis.
After we could not get to San Petersburg as planned, the Dutch Conference (KNR) had expressed its willingness to be our host. This was a golden opportunity! KNR’s commitment was enormous, in transfers from the various airports and stations, in the liturgy, in the organisation and even financially! We are very grateful for that!
The abbey hotel Rolduc is phenomenal. It is a historic abbey, built in the tenth century, which apart from the priests’ seminary, has been hosting a special hotel for several years.

Programme
On 20 October, the Opening Mass was celebrated by the president, Fr Jānis Meļņikovs, at 18:00 in the chapel of Rolduc.
That evening, the KNR (Dutch Conference) opened the gathering with a brief information about the conference and an introduction among ourselves using a game, directed by KNR.
After the Eucharist and breakfast on 21 October, we heard the report on the past years from the relieved president, Fr Zsolt Labacz, from the general secretary, Sr Marjolein Bruinen, and from the bursar Abbot Erik De Sutter.
Then two “young” Dutch sisters came to talk about their experiences in and perspectives for religious life: Sr Catharina Al and Sr Anne-Marie Bos.
In the afternoon, we considered the proposals for changes to our statutes. Here the guests from Rome were indispensable!
We could not vote yet, as the text needed some adjustments here and there. So we came back to it on the next day and the amendments were accepted unanimously. Now they still have to go to Rome to be approved by the dicastery.
On Friday evening we had another distinguished guest: Bishop-Coadjutor of the Diocese of Roermond, Everard de Jong, who showed us the beauty of the Abbey and told us about it.
On Saturday 22 October, we had two conferences via Zoom. The first by Prof. Tomáš Halík on the theme of the General Assembly and after lunch by Fr Luis Manuel Suárez, who is responsible for the apostolate of vocations for UCESM.
On Sunday 23 October, participants had the chance to experience religious life for themselves from different points of view. In groups, we visited four addresses: the Dominican Sisters of St Catherine (Nashville) in Sittard, the Benedictines of Perpetual Adoration and the Sisters of the Virgin of Matará in Brunssum, the Redemptorists in Wittem and Fr Karel Houben’s chapel of the Passionists in Munstergeleen.
These rich experiences were brought together in the solemn Eucharistic celebration in the crypt of St Servatius Basilica, celebrated by KNR-president Fr Mark-Robin Hoogland and enlivened by Gregorian chanting by the Schola Cantorum of the Ward Institute concluded with a delicious lunch at the Sisters of Carolus Borromeus (“Under the Arches”).
Back at Rolduc, experiences and expectations to the Comex for the next two years, until the next General Assembly, were expressed and brought together and then Fr Jānis officially closed our General Assembly.
The Comex stayed another day to discuss next steps.
We look back on a fine meeting and – despite all the questions – look to the future with confidence! 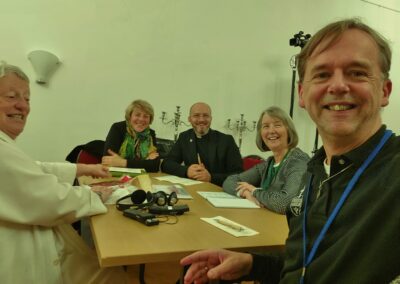 the Executive Committee of UCESM 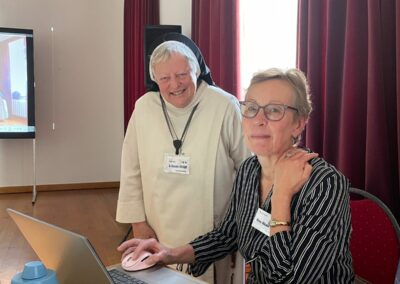 the General Secretariat of UCESM 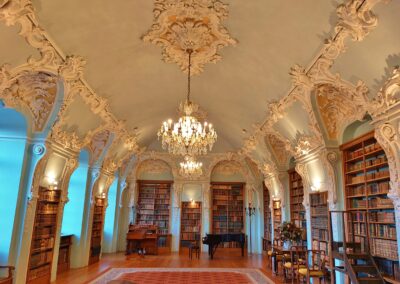 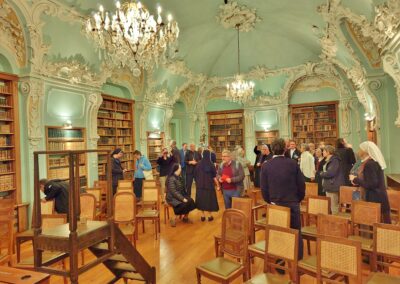 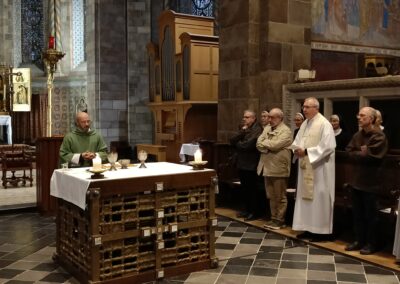 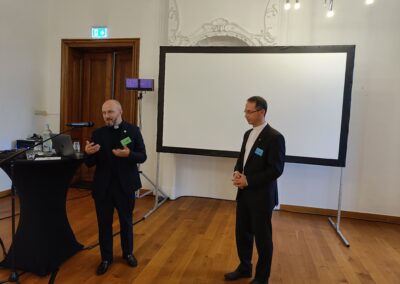 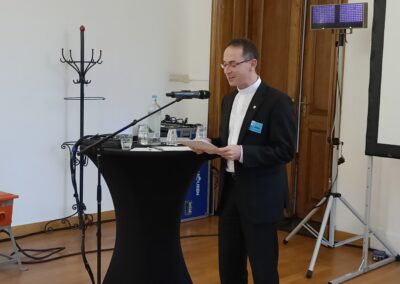 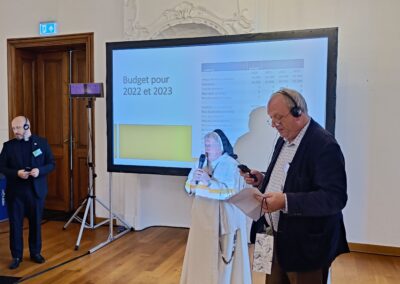 during the Treasurer’s report 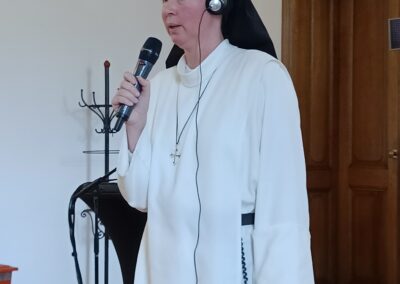 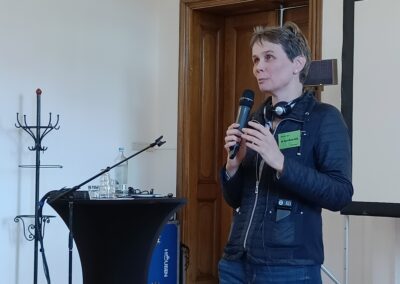 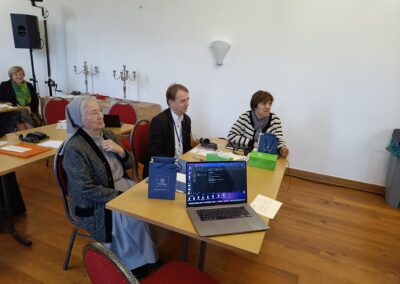 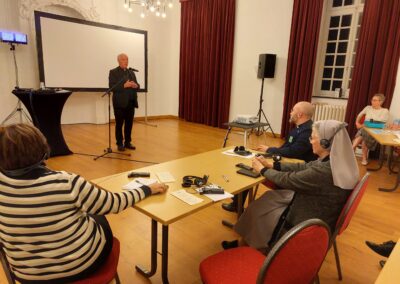 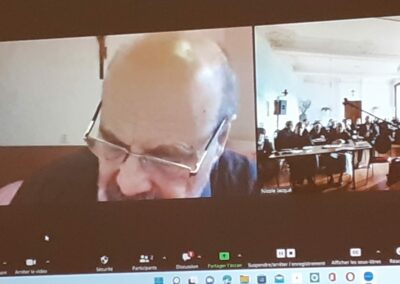 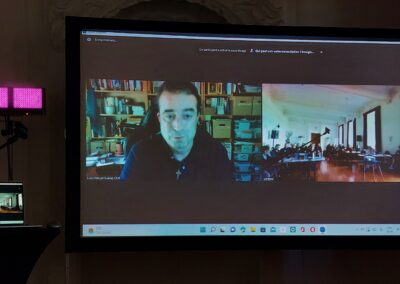 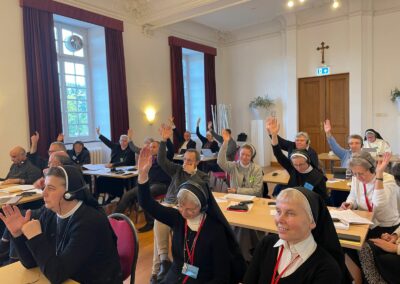 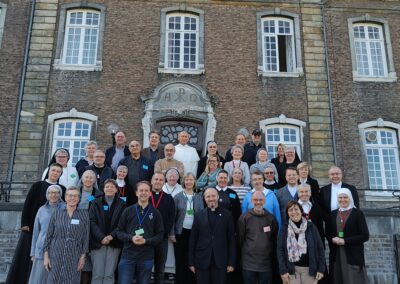 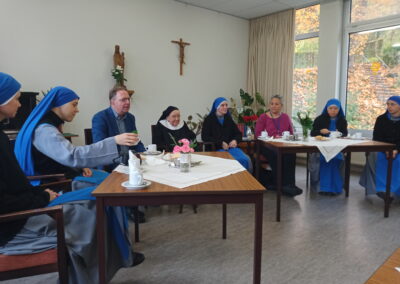 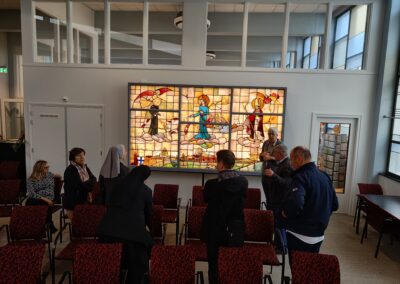 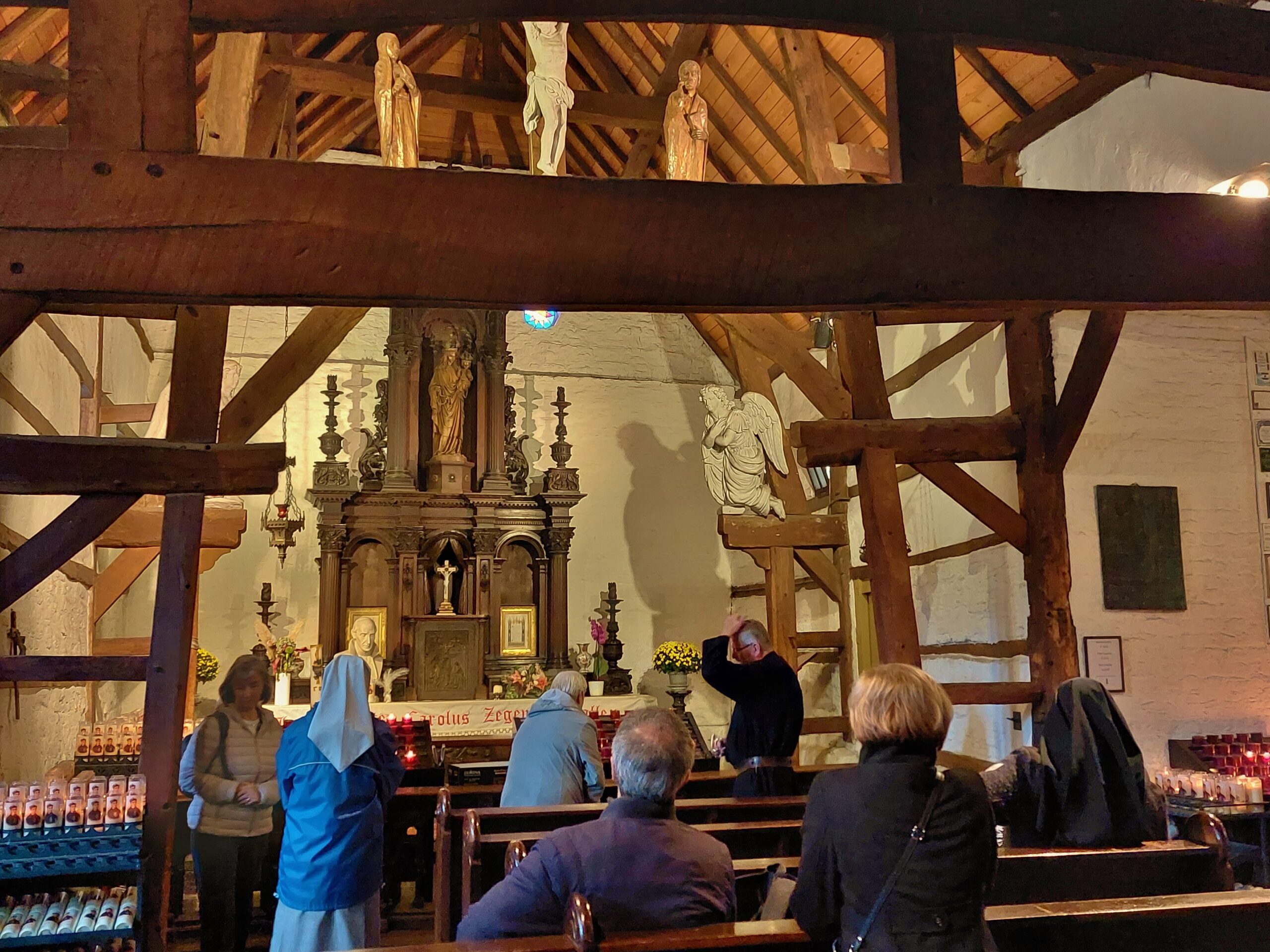 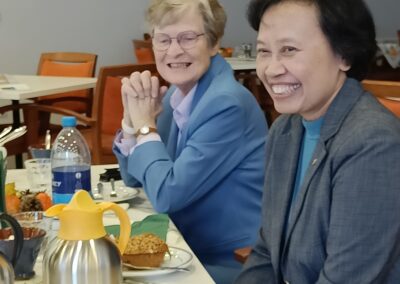 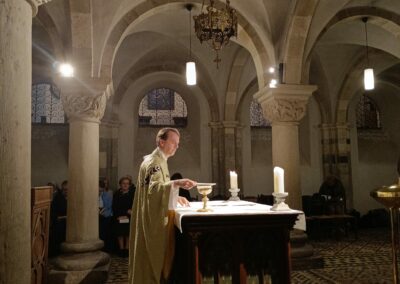 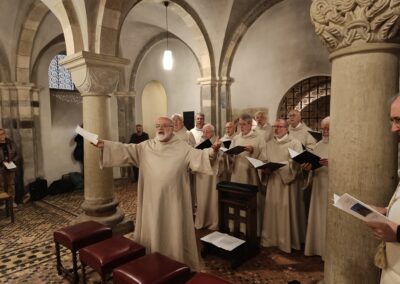 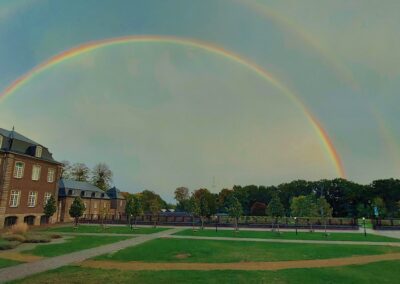