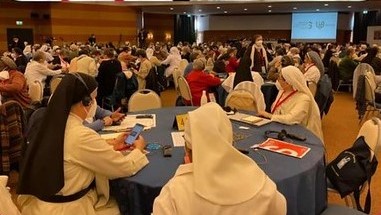 On 2-6 May, the 23th General Assembly of the International Union of Superiors General took place: 520 sisters attending the plenary in person and another 200 or so through zoom, theologians and speakers voiced their support for Pope Francis’ vision of a synodal Church that embraces its early historical roots, affirms the need for diversity, listens, and is more welcoming to those on society’s margins. From UCESM the general secretary, sister Marjolein, and the former vice-president, sister Danièle Faltz, attended.

There was a clear call for a paradigm shift in the approach to leadership – for transformation, not just change. The shift is to be more respectful, more inclusive and less hierarchical. Our vulnerability is prophetic. We need to embrace it as a strength.

The theme of vulnerability resonated with us; many came to the assembly battered by the strains of leading during a pandemic, war, natural disasters, upheavals in ministries, and the stresses of religious life. Repeatedly, we heard messages of renewal and transformation from speakers, UISG leadership and each other as we continually met in small groups in person and online.

This assembly was notable on several fronts. It was the first to combine in-person and online participation. Online attendees said the days were enriching and that they felt fully a part of the meeting. But there was no mistaking the in-person energy and the hesitant hugs — given COVID protocols — that renewed connections that we had missed.

Reflecting the desire for inclusivity, the proceedings were translated into multiple languages, including Portuguese, Spanish, French, Polish, English, Arabic and Italian. Masses, including the readings and prayers, were celebrated in multiple languages. At the closing Mass on 6 May, readings and prayers were also offered in Hindi, and the Our Father was prayed in Aramaic, as Jesus would have prayed and taught it.

Synodality requires a change from the Church’s “pyramid-like” leadership structure to one that is “circular” to allow for the participation of all of the people of God, various groups said during public reports of regional discussions.

At the end with song, prayer and ritual, we concluded the five days of meetings in Rome affirming our commitment to the process of synodality and embracing a journey of vulnerability that we believe is vital for the renewal of the Church, religious life and our own communities. Several group representatives addressed the need for their communities to prioritize healing and reconciliation in light of the numerous abuse scandals within the Church.

So we made this commitment:

‘I commit myself to live vulnerable synodality through service as a leader, animating it within the community, together with the people of God.’ 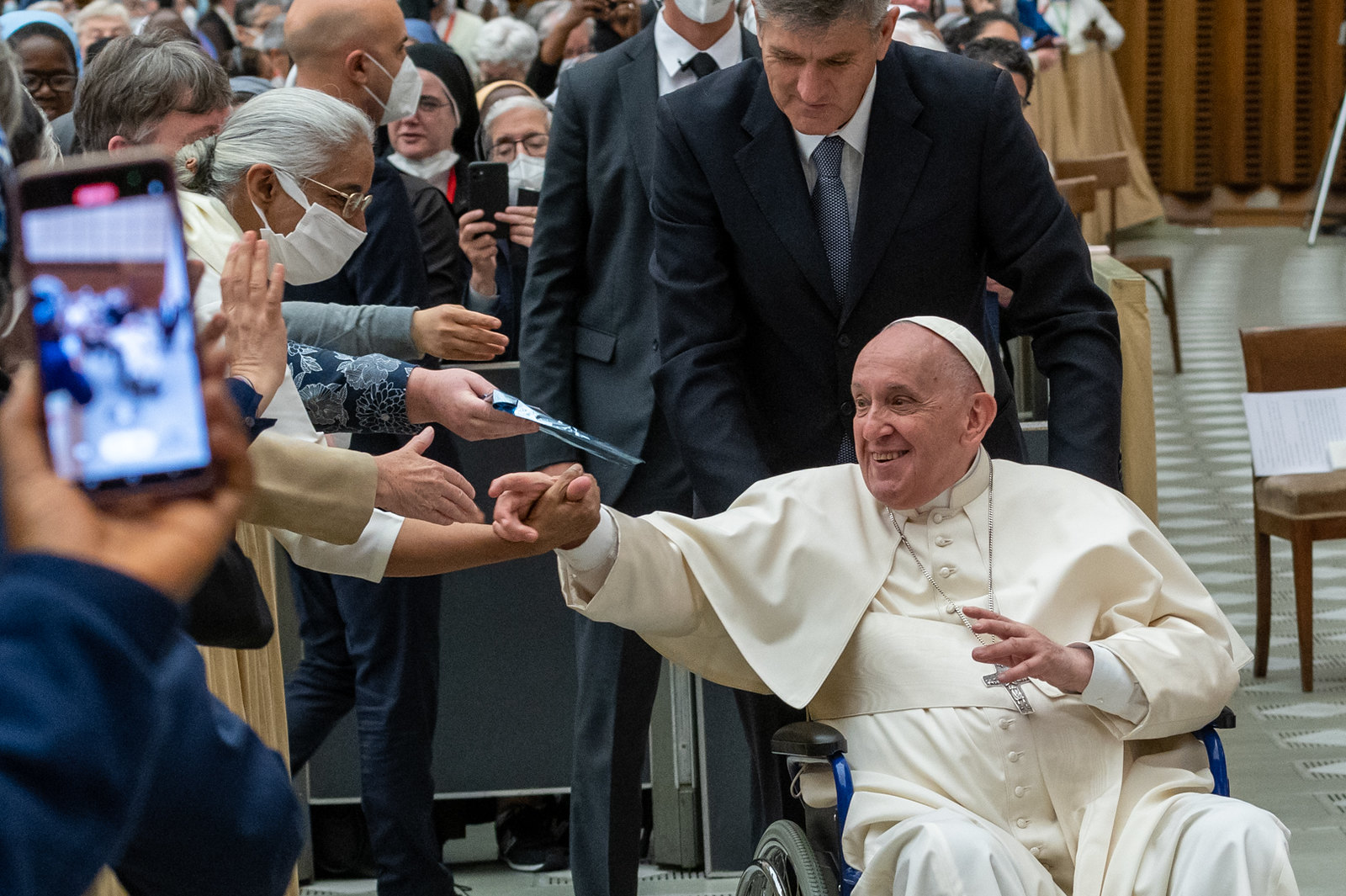 This public affirmation and final reflections came a day after we attended a papal audience with Francis – who is being treated for knee problems and was not afraid to show his own vulnerability, appearing in a wheelchair – at the Vatican in which he praised our leadership on synodality and warned against congregational renewal that risks being “frozen in time.” “The Church does not want frozen nuns. That’s useless,” Francis told us. “The challenge is that consecrated life has to be integrated into a church — not a frozen church, but a real church.”

With the warmth and friendship we were privileged to experience during these days, ice has certainly thawed here and there. Now the everyday life!

Please read the Russian text of this article here.