New leadership in Bosnia and Herzegovina

At the 18th extraordinary Electoral Assembly of the Conference of Major Superiors of Bosnia and Herzegovina, which was held on 24 August 2019 in Banja Luka (Petrićevac), new leaders of the Conference were elected:
Fr. Jozo Marinčić, OFM Provincial Minister of the Franciscan Province of the Holy Cross in Bosnia, was elected President,
Sr. Zdenka Kozina, Provincial Superior of the Franciscan School Sisters of Christ the King – Province of the Holy Family, Vice-President.
Sr. Jadranka Obućina from the Adorers of the Blood of Christ remains Secretary and Bursar. 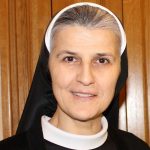